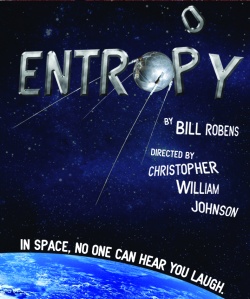 During these next two months a number of productions I’ve been working on will open including two world premieres. Before speaking about my immediate productions, I’d like to quickly acknowledge the success of of Hollywood Heart’s 20 for $20 campaign to help raise funds for the 20th annual Camp Hollywood Heart.

Camp Hollywood Heart, which is one of many programs that Hollywood Heart has, provides nearly 100 youths who are affected by HIV/AIDs from around the nation with a week long arts camp in the amazing Malibu, CA. Everything that they create through the art course that they select is then displayed for the world to see in a giant banquet and gala at the end of the week that they themselves help to create. And every single one of them are flown in, transported to camp, taught their selected art and MORE completely free of charge. A big thank you to all those that donated funds as part of the 20 for $20 campaign and helping us to attain over $10,000 in just 20 days, all of which will go towards ensuring that the participants have the best experience possible. If you are interested in donating or supporting Hollywood Heart in our efforts, please visit Hollywood Heart for more details.

Remounted again is the nationally toured Cheryl Rae Fidelman in her award winning production of ‘RIDE’, this time at the Electric Lodge in Venice, Ca.

At her father’s gravesite, she delivers a poetic story telling about Tobacco .It’s an honoring of Tobacco.  An offering of gratitude to the one that has been making love to her since she can remember.  Tracing the roots back to birth, to the home it has in her DNA, the relief, the happiness and the hold.

For more information visit the Electric Lodge or RIDE: The Show

A Balloon For Jamilah

Written by Debra Morris, this short tale follows the life and sorrow of Little Mother and her two daughters after they lose everything in a disastrous hurricane, forced to struggle for survival in Tent City. Little Mother leaves her eldest daughter in charge as she searches for the items of her daughters wishes, the youngest begging her mother for numerous material and worldly possessions while her eldest daughter wishes to have only one thing: A balloon. A simple pleasure that once was at the heart of their balloon business. Before the tale comes to an end, one learns about greed, one learns of heart ache, and one beast learns to love.

Escaping the Missing Pieces of Reality

The 4th year of the joint educational production program between Watts Village Theater Company and Green Dot Charter High Schools brings yet another brand new play written and performed by over 20 high school students. Incorporating poetry, music, and dance, ‘Escaping the Missing Pieces of Reality’ follows four separate high school student who’s lives slowly become intertwined after their school wins the final football game of the season. Addressing numerous issues including drugs and alcohol, death of a family member, parents divorcing, and discrimination, these words and thoughts are entirely those of the students with only a helping hand to encourage them to share their stories with others.

NASA and the crew of the Space Shuttle Zeus III are prepared to take you along for the comedic ride as they venture forth into the cosmos.

Strap yourself in and try not to succumb to the G-forces of laughter as you’re introduced to the Commander of the Zeus III (Nicholas S. Williams) and his crew, a brilliant scientist (Alina Phelan) and an astronaut on his final mission (Trevor Olsen) before spending the rest of his long life with his wife (Lynn Odell). NASA maintains constant contact once they leave the Earth’s atmosphere as the Mission Control Team (Travis Moscinski, Wendi West, Justin Okin, & Kjai Block) keep a dutiful eye on their progress to make sure that absolutely nothing whatsoever could possibly have the slightest chance of going horribly and drastically wrong. Especially when the Reporter (Nicole G. Scipione) begins her documentation of the event. But only the head of NASA (David Wilcox) knows the truth about the super top secret mission involving…SORRY! I CAN’T SAY MUCH MORE! THE RUSSIANS (Brad Light & Rebecca Sigl-Light) ARE COMING! JUST KNOW THAT SPACE SHUTTLES WILL BE LAUNCHED, FIGHTS WILL BE HAD, & POTATOES WILL BE THROWN!

If you forget everything else, always remember this:
In Space, No One Can Hear You Laugh.