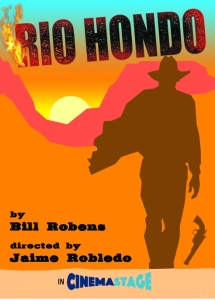 Rio Hondo (performed in CinemaStage) is set against the backdrop of the wild west. It’s the epic story of a lone stranger with a haunted past who comes back to Hondo to face his demons while combating both a notorious desperado and ruthless assassins working for the railroad – all while trying to protect a beautiful widow, and her land, from the encroaching forces of progress and change. Following the classic western plot lines, but spinning those iconic scenarios with humorous twists, Rio Hondo continues its run of sold out performances now with an extension into January 2016. 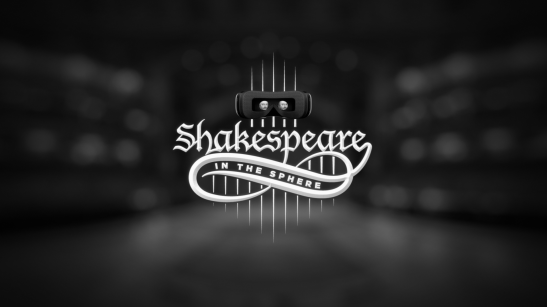 Shakespeare In The Sphere presents Othello

That’s a wrap! The Shakespeare In The Sphere production team has completed the filming of the pilot episode for Othello in virtual reality and is currently in the final stages of post production. As we continue pressing forward with our plans for a global release and building an educational curriculum for this and future productions, we will be keeping you updated. You can take a look at our informational videos on Youtube, get company & production updates by following us on Twitter, Facebook, or Instagram, and soon learn all about Shakespeare In The Sphere when our brand new website launches this month.

My first production of 2016, Neva will have me in collaboration once again with Diana Wyenn (Bill & Joan @ Sacred Fools; The Interview @ Studio/Stage) & Claudia DeVasco (The Whiskey Maiden @ Theatre of NOTE). Written by Guillermo Calderon, Neva highlights a rehearsal room in 1905 St. Petersburg, Russia as Chekhov’s widow, Olga Knipper, and her cast question the importance and validity of their impending performance and the work they are doing when just beyond the theatre doors are the sounds of what would come to be known to as Bloody Sunday.