Soon to be performed on the Theatre of NOTE stage from Shock Pulse: Neva. In a dimly lit rehearsal room in St. Petersburg during the winter of 1905, Anton Checkov’s widow, the actress Olga Knipper, along with two other actors, await the rest of the cast and their director while striking workers are being gunned down in the streets by the tsarists regime. A politically charged, haunting interrogation of theater and the revolutionary impulse, Neva savagely examines the relationship between theater and historical context in this ominous and tightly crafted ensemble work that allows a palpable terror to creep through the theater walls.

Shock Pulse is a new up and coming theatre production company in Los Angeles committed to creating independent projects and shows of new and contemporary pieces that challenge, reimagine, provoke, & deconstruct through multi-disciplinary, untraditional, and/or company developed works. I’m personally pleased to be working again with my long time creative friend, Diana Wyenn, and former co-producer from The Whiskey Maiden, Claudia De Vasco. For those who can’t attend the performance, there is a planned live broadcast on Jan. 20th for production supporters. 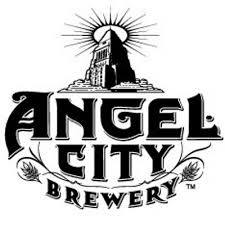 We’re also pleased to announce that we have a sponsor to help provide many of the delicious beverages that are available during the entirety of the night! $20 gets you a pass for the full length of the marathon, from 3pm until the conclusion of the famed Last Man Standing. Come in, get your ticket, see a slew of acts, go out and grab a bite to eat from one our numerous local restaurants, and return to see more amazing performances!

For more information visit
TheatreofNOTE.com
Tickets will also be available at the door